Will Snoke Reappear In A Star Wars Movie?

Andy Serkis, who portrayed Supreme Leader Snoke in The Force Awakens and The Last Jedi, gave an interview to Entertainment Weekly. When asked about Snoke’s backstory and whether or not Snoke might be seen in another Star Wars movie, this is what Andy Serkis had to say: 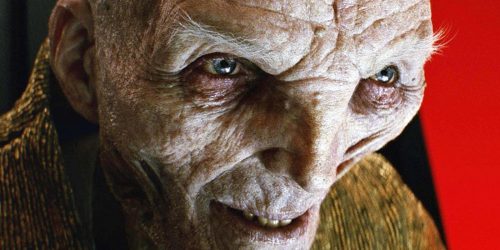 The fans continue to be fascinated with Snoke and his history. I wondered if you were privy to any insight into his past that the movies don’t address, and whether you can shed any light on that?
We wanted him to have a great deal of mystery, but we did … J.J. [Abrams] and I discussed it, and Rian [Johnson] and I did discuss backstories to him, where he came from. I’ve been asked to not shed anything, should we want to bring him back in any way whether [in a] prequel or whatever. I think there’s something cool about that. It still does remain a mystery for people. I know that some people find it incredibly frustrating, but I think it allows for further exploration and layering at a further point.

Do you anticipate a return for Snoke in some future stories?
Yeah, I would love to think that there is room for him to come back. I think anything’s possible in a Star Wars movie. I’d be all up for it. I think there’s a lot more to be had from the character for sure, but I’m not in discussions with anybody at all about it.

What are your feelings towards the character? Would you like for Snoke to return, either in Episode IX or in a prequel?
I think a prequel, taking place in the Unknown Regions, could be quite interesting and it might be a way to also bring back characters such as Ahsoka and Ezra, even though it would most certainly not end well for these two.
Or would you be happy never to see or hear from Snoke again?

Previous Article: Two Cool Characters From The Empire Strikes Back!