Daisy Ridley gave an interview to the French Magazine Le Geek in which she revealed that J.J. Abrams did indeed write story drafts for Episodes VIII and IX.
However, when Rian Johnson started writing the script for The Last Jedi he apparently chose to completely ignore the draft and started from scratch. 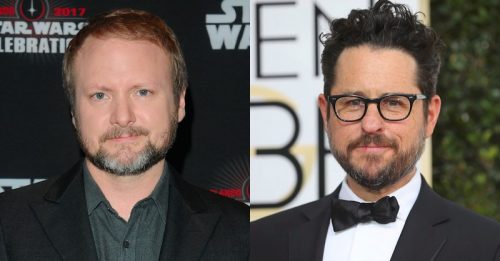 Here’s the direct quote from Ridley which was translated from French into English:

“Here’s what I think I know. J. J. wrote Episode VII, as well as drafts for VIII & IX. Then Rian Johnson arrived and wrote TLJ entirely. I believe there was some sort of general consensus on the main lines of the trilogy, but apart from that, every director writes and realizes his film in his own way. Rian Johnson and J. J. Abrams met to discuss all of this, although Episode VIII is still his very own work. I believe Rian didn’t keep anything from the first draft of Episode VIII.”

What are your thoughts? Would you have preferred Episode VIII which followed a draft written by Abrams? Of course, nothing is known about the draft. Maybe one day we’ll find out what could have been.