Hasbro Is Advertising HasLab, But Could They Do More?

It does appear as if Hasbro is doing its part in advertising Jabba’s Sail Barge (The Khetanna). I have received multiple emails since Toy Fair, and each has something about this HasLab initiative in it. I personally feel Hasbro should be tagging celebrity Star Wars fans/collectors like Chris Hartwick and Donald Faison (amongst MANY others) on Twitter and Facebook to spread the word. There are some people out there that are influenced by celebrities that they’d probably buy one just to believe they’re making the celebrity happy. (Sarcasm, folks.) 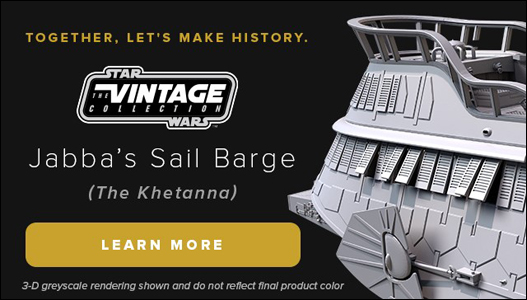 Previous Article: It Was A Good Time To Back Another Barge