The Last Jedi featured several notable deaths, but even The Last Jedi editor Bob Ducsay has had second thoughts about how a certain death was handled in the film. Ducsay revealed this during an interview with The Huffington Post. Click through for the full story. BEWARE OF SPOILERS FOR THE LAST JEDI. 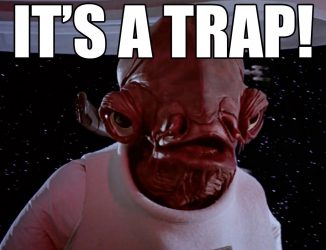 One of the most controversial deaths for longtime fans was the death of Admiral Ackbar. He is far from a main character, but having Ackbar’s death occur off-screen and the lack of recognition almost felt mean spirited. In a discussion with The Huffington Post, Ducsay revealed that this was always the plan for the fan favorite Admiral. Ducsay went on to say, “I saw the film last night and I thought, hmmm, maybe that’s too incidental.” Head over to the Huffington Post to read Ducsay’s full statement regarding Ackbar. Let us know what you thought of the treatment of Ackbar’s death in The Last Jedi.

Previous Article: Star Wars Rebels Gets A Live Orchestra For The Finale

Next Article: John Williams Confirms That He Will Score Episode IX