First Impression: My Opinion Of The Last Jedi

I feel relieved. I feel entertained. I feel tranquil. And I feel vindicated. I got through this film WITHOUT any spoilers getting revealed, and I managed to watch the movie without any influence or preconceived notions. (more….) 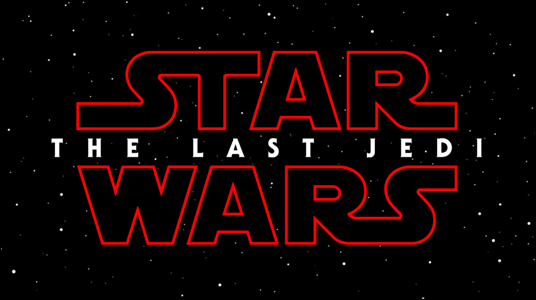 Rian Johnson’s The Last Jedi is far from a perfect film. In fact, I don’t even know if I can say it’s a good film yet. But it’s a far cry from the utter crapfest disaster The Force Awakens is. I am sure my harshest critics have been hovering here waiting to see my thoughts on this film, so here they are.

I walked into the theater concerned and walked out with…. Are you ready for it? A smile. I wasn’t shaking my head and shrugging my shoulders unable to speak or articulate anything I just saw as I did for The Force Awakens. I had the standout scenes constantly running through my head the entire evening, and they continue today. I’ve accepted that Disney Star Wars is #notmystarwars. But regardless of how I feel about that, I am going to judge each film as honestly as I can. The Last Jedi not only provided a standalone story (where I can thankfully skip right over Episode VII from here on out without interruption), it also fixes some of the dreadful mistakes and bad decisions JJ Abrams made with The Force Awakens. For that I am thankful. Rey and Finn are now reinvented into, for the first time for me, likable and believable characters. And while their character development is still flawed in some regards, it’s easy to overlook these setbacks because they’re not laughably ridiculous like they were in The Force Awakens. Finn is no longer panting and has a demeanor that is professional as well as calm, cool and collected. He was a scatterbrain in The Force Awakens. He isn’t here. In fact, if they clipped out the Finn versus Captain Phasma scene in this film, they could almost delete his First Order backstory (which never worked for me anyhow). I know Rose sees him as a hero because of his First Order experiences, but in retrospect, I think his character would be much stronger today if he were a lone ranger with morality to defeat evil, rather than being part of it and redeeming himself from it.

Oh, and what about redemption in general? Rian Johnson has told a pretty good, albeit simple, tale here. You see Kylo MULTIPLE times in the film grapple with his decision to turn evil. He even forgoes killing his mother. However, he is unwilling to let go of his hatred altogether and tries to tempt Rey, who believably is initially tempted but ultimately resists. These details alone show the vulnerabilities of both characters. It’s sad both had to start off as flawless and unbelievable superheroes in The Force Awakens. Rey, whose role was significantly diminished in The Last Jedi (which worked out beautifully I might add) for the first time is a genuine, earthy, believable and likable character. Sure, she has Jedi powers, but she now has training and used them accordingly. In this film, we see her formally trained and then use these powers she has developed in Episode 8. For me, this only confirms that Episode 7 needs to be at the pile of some garbage heap rotting. It’s now a pointless film, unnecessary and completely irrelevant thanks to Episode 8. I saw no rewriting of the Force, despite what rumors and other sources alluded. This was still a battle of good and evil and good came out the winner as it always overcomes. I think some are taking the “truth of the Force lies somewhere in the middle” thing much too far. Yes, there is a balance of the Force, but good overcoming evil is the much stronger principle here. And that was stabilized in this film thank the Maker.

Also, I actually laughed in the theater when Snoke criticized Kylo Ren for being defeated by a girl who never held a lightsaber before. I have been mercilessly criticized for constantly stating that it was indeed unbelievable Rey beat Kylo on Starkiller Base. The comebacks were that she didn’t, and it was more of a mutual battle. Well, Snoke begs to differ with you, folks. In my opinion, Snoke nearly broke the fourth wall to the theater audience with this line. I interpreted it as an apology for what JJ Abrams did in that scene, almost admitting Rey’s Mary Sue qualities in the film. You can continue to disagree with me on that, but I feel vindicated here. Also, Snoke seems a little too irrelevant now in retrospect. His character wasn’t as nearly as bad as I had anticipated it would be.

Just as I had anticipated, Rose was a delight. I enjoyed her character including her raw emotion, the devastation she experienced with the loss of her sister and her role in battling the First Order all worked and were believable. The actress who portrayed her is excellent, and she should be praised for her abilities and the beautiful interpretation of the character she brought to the screen, not because her race was represented in the film. That cheapens the fact that she could play with the best of them and come out shining. She is a strong talent. Rian Johnson provided great casting in this film. I wish her sister survived. It was difficult to fully appreciate her because she spoke with her eyes in this film, and not with her mouth.

Here are my criticisms of the film:

The comedy elements were pushed too far. I was especially annoyed when Luke tossed his lightsaber. We waited two years to see THAT?! Also, I didn’t like all of Rey’s and Luke’s interactions with each other. Luke was being Yoda to Rey being Luke. It didn’t work all of the time.

What the frack was up with Leia surviving the explosion of her vessel and then Force floating to safety? I felt like I was watching the final scene of Poltergeist II: The Other Side instead of The Last Jedi. This would have been a perfect time to kill off her character. If Admiral Ackbar didn’t survive, then Leia shouldn’t have survived.

The ENTIRE film follows much too closely in the digital footprints of MANY scenes from The Empire Strikes Back as well as Return Of The Jedi. However, it was broken up enough with new content wedged in that it wasn’t unbearable. The “Battle of Hoth” took place AFTER the “fleeing the Empire in space and finding solace in a rock somewhere” instead of BEFORE. “Lando Calrissian” STILL betrays the Rebels, but stays with the “Empire” this time instead of joining the “Rebels.” The “Rebels” are struggling on “Endor” until a team elsewhere can “breach the bunker to take down the shields.” It’s all familiar territory like most Star Wars films are, but it isn’t a clear and direct rip-off a previous film. That was good. Again, there are many repeated themes in this film, and, for me, they were too close for comfort. But overall I can’t call it a rehash. In all honesty, the whole The Last Jedi film is Episode V and Episode VI chopped up, rearranged and retold. But it’s different enough NOT to make you mad. I am VERY concerned about Episode IX. JJ Abrams has no originality. I wish they would keep him as far away from the franchise as possible.

As someone who believes we have a responsible dominion over the animals, I didn’t appreciate what I interpreted as subliminal animal rights subtexts. Before I get misquoted that I am for animal abuse, let me quell that now. It is just a modern day thing that doesn’t need to be thrown into a space fantasy film. I also found it slightly annoying that Chewy was made to feel guilty for eating porgs. Rose freeing the fathiers wasn’t terrible, I just didn’t see the need. Also, the Resistance communing with vultpexes seemed a bit odd to me, but it didn’t upset me.

The First Order looked embarrassingly small on Crait. I imagine it’s just a couple of battalions, but it was odd. This is more of a nitpick than anything else.

The Canto Bight sequence felt unnecessary. I wondered if Rian Johnson intended to fix the boringness of Maz Kanata’s scenes in The Force Awakens by taking it to the next level. I know there were plenty of aliens in the casino, but it felt much too “real world” for me. Thankfully we passed through it rather quickly. I also felt that police were portrayed negatively in these scenes, but the whole town felt corrupt, Maybe Rian Johnson was going with that feel here. And speaking of Maz Kanata, can they just ignore this horrid character? It was a desperate attempt to squeeze her into The Last Jedi. I wish they didn’t reprise her role in this. It would have also helped in divorcing Episode VII from Episode VIII a little bit more.

R2-D2’s character was essentially wasted once again. Are they all scared that R2 is going to compete with BB-8? What a sad thing to do to this beloved character.

That’s about all of my criticism.

I have to admit something to you all. I got choked up when Luke Skywalker and Leia Organa finally came face to face. It’s what I needed to reinforce to me that Disney understands Star Wars because The Force Awakens showed me they didn’t understand Star Wars. I had a much more visceral emotional reaction to this than the plastic death of Han Solo in Episode VII. And this is what I desperately needed to feel in my soul to be revived in this new era of Star Wars. I almost wish there wasn’t another film coming that could potentially ruin what was established in The Last Jedi. Hopefully, Rian Johnson will have enough input to give JJ Abrams, so JJ won’t unlearn what we have learned in this film.

Oh, and how about this? The Last Jedi title really is PLURAL.

UPDATE: How awesome was the inclusion of The Legacy Collection’s BMF “escape pod” in the film?

Next Article: Rotten Tomatoes Audience Score For The Last Jedi Revealed! NOT GOOD!