It’s hard to believe, but today is the FIVE YEAR ANNIVERSARY that Disney acquired Lucasfilm and announced Star Wars Episode VII would happen. There is a whole new breed of fan out there now, and there are those that wish they could go back to October 29, 2012. How do you think it’s been since this acquisition? Let us know in the comments! Is Star Wars the best it has ever been? 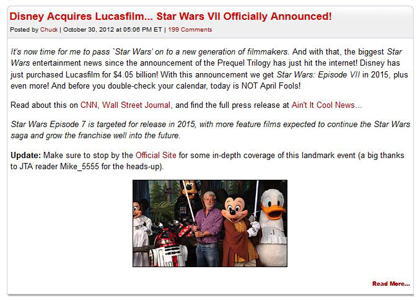 Next Article: Ron Howard Re-shot Most Of Solo: A Star Wars Story, Double The Budget Needed To Complete