What Style Would You Prefer For An Update To 1985's POTF Anakin Skywalker?

You may or may not have noticed, but Anakin Skywalker has been conspicuously left out of our last Collect All 92! article for a very specific reason. There has been controversy surrounding what version of Anakin Skywalker the 1985 figure intended to represent. Was that figure supposed to be the Force Spirit as he appeared at the end of Return Of The Jedi, or was it an Expanded Universe “off screen” take of the character “in the flesh” that we never saw onscreen? Judging by the reference image on the POTF card back, it very clear to us that the figure is intended to be the Force Spirit. Either way, 1999’s POTF2 [FB/CT] Anakin Skywalker figure doesn’t represent a good modern update to the 1985 release. That being said, IF Hasbro ever updated this figure, would you prefer the Force Spirit approach taken with 2017’s TBS [P3] Obi-Wan Kenobi (Force Spirit) figure, or would you prefer a redo of the 1999 approach instead? 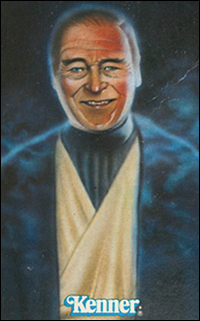 Previous Article: Hasbro: We've Distilled The Collect All 92! Figures For You

Next Article: There Is Another.... Hasbro TVC Roundtable Discussion To Read