It is with the utmost sorrow and sadness that I relay to you that my very good friend, JTA regular, former colleague, and wise counsel ADAM MAY has passed away. A Star Wars collector extraordinaire, Adam has passed on and become one with the Force. Adam was greatly responsible for bringing Star Wars fan site GalacticHunter.com to its peak in the mid to late 2000s and provided the Star Wars collecting community with some of the biggest and breaking rumor reports we had ever seen, up to and including breaking The Legacy Collection “Big” Millennium Falcon story in 2008. He has the distinction of being the only Star Wars collector in the world to have an official Hasbro 3.75″ super-articulated action figure made of himself when he won a TARGET sponsored contest organized by Hasbro. This contest win entitled him to a trip at Lucasfilm to get his likeness scanned for the unique Stormy Sevenspire action figure. Adam May was an incredible journalist and writer and his contributions to the Star Wars collecting community will never be forgotten. He was an inspiration to so many, and definitely to me. I developed a passion to do what I do here at JTA because of Adam and my efforts pale in comparison. Adam, I miss you already my friend. You have been an asset in my own life and a faithful friend to me. I am heartbroken. Adam is survived by his husband Todd Vierling who lives in Atlanta Georgia. 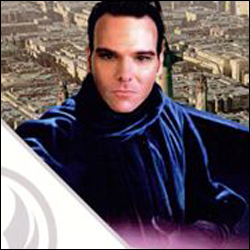