Today we are releasing the first in series of guest posts from author Tomas Pueyo Brochard. Tomas’ new book, The Star Wars Rings, will be available on September 19th. In this series, Tomas will explore the Star Wars Rings and how they thread a storyline across three generations of Jedi in Anakin, Luke, and Rey. Click through to read the first guest post from author Tomas Pueyo Brochard which is focused on Anakin Skywalker!

This article is part 1 of 3 about the Rings of the main characters in Star Wars: Anakin, Luke, and Rey, and how to predict what will happen to them. You can read Luke’s post here and Rey’s post here.

How many times have you heard this: “The Force Awakens is cool, but such a rip-off of A New Hope!” Leaving the theater the first time after watching it, I felt torn too. I appreciated the return to the original trilogy; I loved having a peek inside the perspective of a Stormtrooper; the new wannabe Sith was refreshing… I wanted to love the movie, but I couldn’t embrace it with all my heart. Was it really necessary to make it so similar to A New Hope, JJ Abrams?!

What if it was necessary? What if Rey’s story wasn’t a copycat of Luke’s, but an essential iteration? What if there was a reason for the similarities, beyond paying fan service? What if Rey follows Luke’s path because she has to? Didn’t Luke do the same, following Anakin’s path all the way up to his decision to stand down in front of Palpatine instead of supporting him like his father? Wasn’t Anakin also fulfilling a role written for him, the prophecy of the Chosen One?

Anakin, Luke and Rey all reenact the same story. They revisit the themes of Good vs. Evil. They face similar situations with small differences that drive them down different paths. Star Wars explores these decisions from different angles over and over. That is what made the movies so successful.

If we understand these patterns, we can see into the future and predict what happens to them: we can understand what paths are already written for each character, and what paths they are writing for themselves. Today, we’re starting with Anakin’s path. 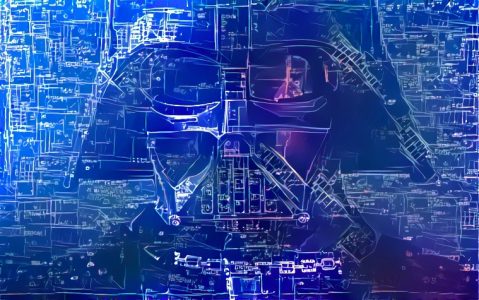 If you haven’t noticed, the first 6 episodes of Star Wars are the story of Anakin Skywalker. It’s not just the prequels. Episodes 1 through 3 represent his fall from Light Side to Dark Side. Episodes 4 through 6 portray his turn back to Light. He is the hero of the hexalogy. 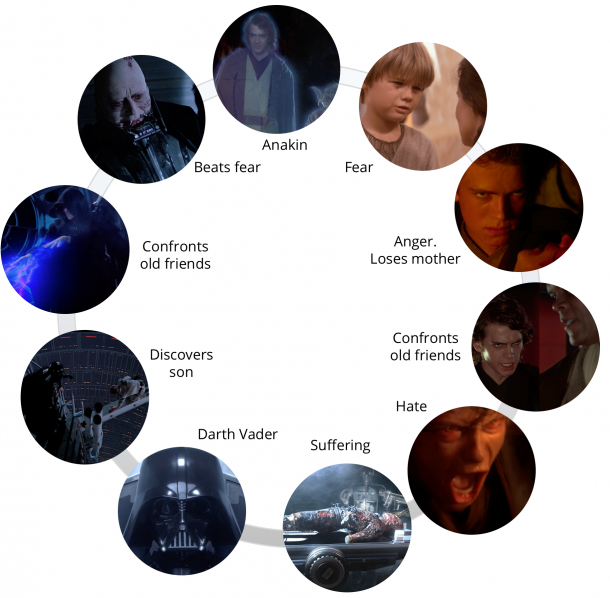 Following the prophetic words of Yoda, Anakin walks the main path to the Dark Side: from fear to lose his mother in The Phantom Menace, to anger for her death in Attack of the Clones. From fear of losing Padme in Revenge of the Sith, to anger against the Jedi, to hate towards Obi-Wan for beating and exposing him, to suffering after he was left for dead on Mustafar and had lost Padmé too.

At his lowest point, he is Darth Vader, the darkest element of the world. That’s why his helmet is the combination of some of the scariest things in mankind in 1977: a helmet representing Nazis, and a skull representing death. 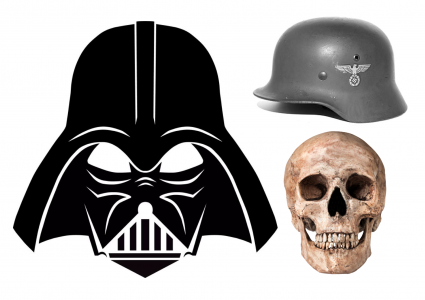 Both trilogies are mirror images of each other, like a circle with two symmetrical halves. Anakin starts as a child on the Light Side, and ends on the same side. In the middle of each trilogy, he has life-altering events with family members. He loses his mother and finds his son. At the end of each trilogy, he faces and kills his strongest allies: Mace Windu in the prequels, the Emperor in the original trilogy. In both trilogies, he is physically destroyed, a mix of organic and robotic matter, half covered by the Darth Vader costume.

This pattern of circular repetition is called a Ring, and is everywhere in Star Wars. The first six movies witness several other rings. Thematically, they portray society’s start in Light, its fall into Darkness, and the destruction of Darkness at the end. Politically, the Republic is destroyed by the Empire, destroyed again by the end of Return of the Jedi.

Even secondary players, like mentors, follow this Ring pattern: in Star Wars I – The Phantom Menace (“SW1”), the first mentor—Qui-Gon Jinn—dies at the end, killed by a Sith Apprentice, Darth Maul. In SW4, the same thing happens, replacing the mentor and Sith with Obi-Wan and Vader. Soon after, the Jedi Apprentice meets a new mentor—Obi-Wan for Anakin, Yoda for Luke. Then, the apprentice disobeys the mentor and leaves for another planet—Geonosis for Anakin in SW2, Cloud City for Luke in SW5… The parallels go on and on. 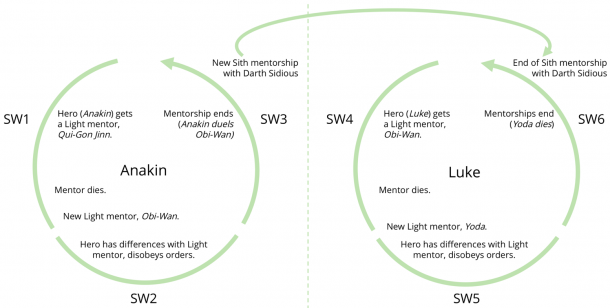 This is Part 1 of 3 about the Star Wars Rings and how they thread a storyline across generations of Jedi: Anakin, Luke and Rey. You can read more about Star Wars’ structure, how it helps us predict the next movies, and much more in the book The Star Wars Rings, from Tomas Pueyo Brochard, on presale now, launching Sep 19, 2017.

Next Article: It's Going To Be a Major Porgblem For Collectors