Uproxx recently sat down with Woody Harrelson to discuss his new War For The Planet Of The Apes movie and briefly spoke about the still Untitled Han Solo Movie, namely the drama surrounding it. Click through to read more. 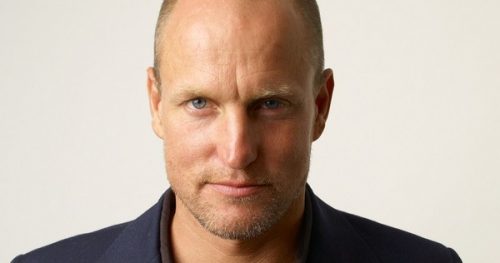 Uproxx had asked Woody about the recently leaked set photos that appeared on TMZ this past Sunday and he apparently had no idea this had happened (If you haven’t seen them, they show Han, Chewie, Woody as Beckett, and a female character who is possibly Emilia Clarke). He was very surprised at how close up the photo was. This leaked photo is assumed to have been taken before the Ron Howard took over directing duty. Woody was then asked if the announcement of Veteran Director Ron Howard had a calming effect on a production that was a bit chaotic.

“Oh, you can relax, man – because obviously the Force is with us.”  Harrelson said before bursting into a Harrelson-esque laugh.

He also made mention of previous directors Chris Miller and Phil Lord.

“And I loved Chris and Phil. But I think we did land in very capable hands.”

I wouldn’t expect Woody to say anything negative even if the movie was in serious trouble, he’s a pretty relaxed kind of guy. Not to mention, he has a previous working relationship with Ron Howard. Let us not forgot ED TV where he played Matthew McConaughey’s older brother (I actually really enjoyed that movie and it still makes me laugh). If you haven’t seen the leaked set pics, they might make you feel a bit more comfortable. I have had nothing but feelings of dread whenever I think about this movie, but seeing those shots put me SLIGHTLY more at ease.

Be sure to check out the rest of the Uproxx Interview here. How are you feeling about this ‘Han Solo’ film? It seems to divide the fans right down the middle and I think Rogue One is giving people a false sense of security with this one. Rogue One was AMAZING, but this has NO similarity to that except for the fact that they’re both Standalone films. I won’t hate on it yet, but “I don’t think I’m alone in the world in imagining this flick may be the worst idea since Greedo shooting first. You know, but… a Han Solo movie? Who would pay to see that?”  High Fives for everyone who knows that quote and bonus points if you live in Jersey lol