We Need More Collector-Focused Stuff To Accompany The 3.75" Line

It’s been a very long time since we have Battle Packs…. or even decent Original Trilogy multipacks. Hasbro is surely missing out on making collectors happy by ignoring these types of mediums. They’re perfect for releasing “super-sized” characters into the toy line that won’t fit into traditional 3.75-inch packaging. What if they produced a sub-line to accommodate these larger figures and include a standard pack-in figure with it for extra value? We think the below example of an Imperial Probe Droid with Darth Vader is a pretty good idea. But knowing that we’re up against so much new Star Wars Entertainment, we wonder if this will even be a focus of theirs. Think of it perhaps as a revised take on the Deluxe line. What do you think? 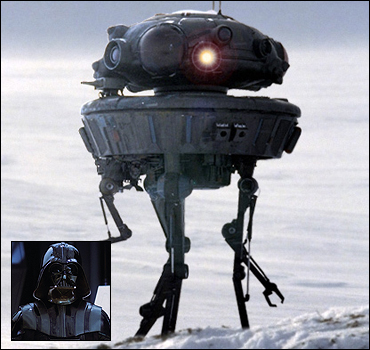