From The Trash Compactor To The Pages

Fans of both Marvel Star Wars comics and Captain Phasma were treated to an exclusive look at the new comic centering on the shiny captain by Entertainment Weekly yesterday. Let’s take a look at what the Captain is going to be up to in this new adventure titled Journey to Star Wars: The Last Jedi: Captain Phasma after the jump 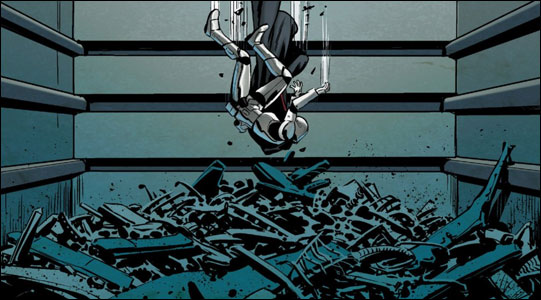 This story will be written by Kelly Thompson (Hawkeye, Star Wars Annual) and it will be illustrated by Marco Checcetto (Star Wars series Shattered Empire and Screaming Citadel).

“The Star Wars films, with so many fantastic characters, obviously can’t be a ‘Phasma Story,’ and it’s especially cool that Phasma is getting explored in-depth in both her forthcoming novel and comic book,” Kelly Thompson. 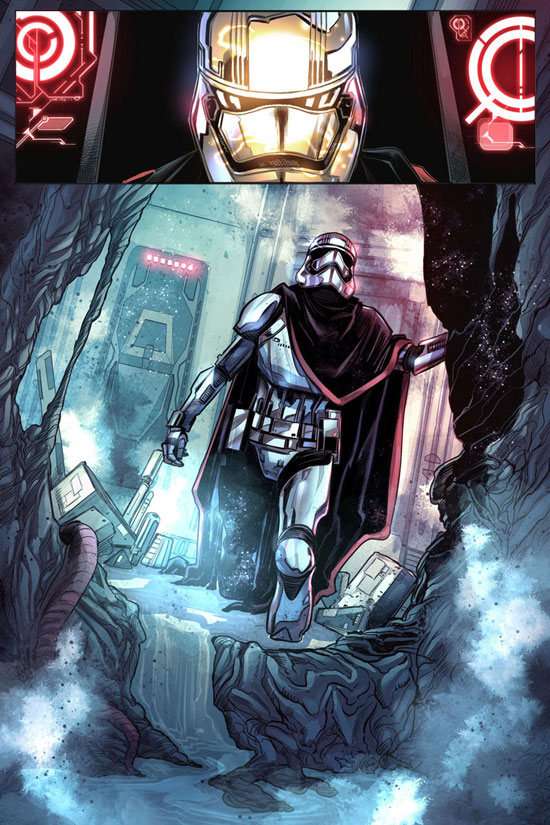 Here we see as Captain Phasma emerges from the rubble 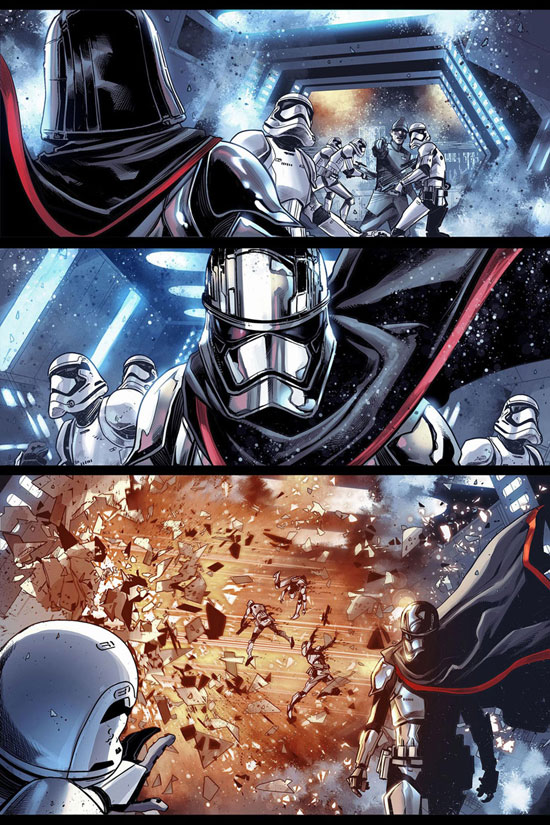 Phasma attempts to look cool walking away from an explosion. 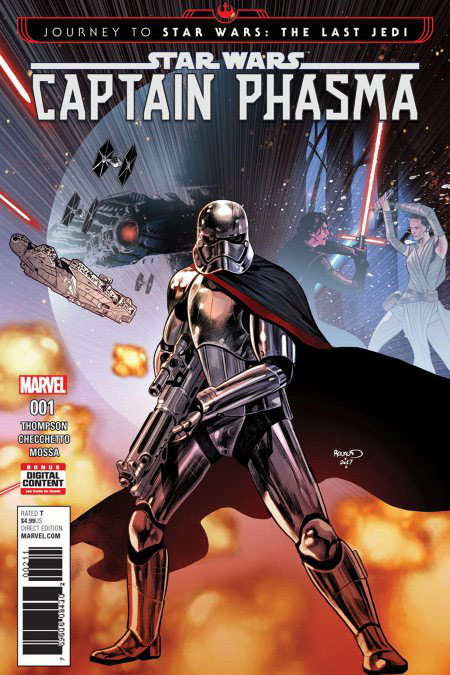 And here is the cover for the first issue

So after getting a brief look at the new Captain Phasma comic, what are your thoughts? I recently had some conversations with a few of you on the topic of our favorite Shiny Captain, so I know you must be looking forward to it. I personally enjoyed some of the Journey to the Force Awakens material because it wasn’t necessary, but it did enrich the film a bit. I’m hoping these materials will do the same for The Last Jedi.

You can be sure that I will be reviewing this series as well once it arrive, but for now, pop over to EW.com to see some additional panels and read some more information and don’t forget to leave your thoughts in the comments below.