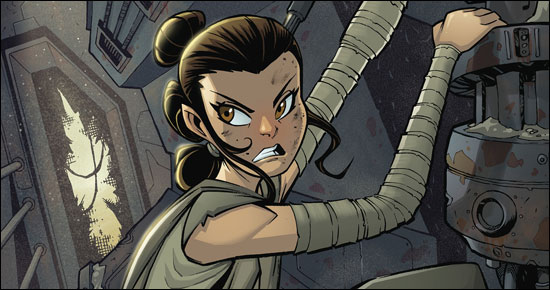 The all-ages Star Wars Adventures is an ongoing series that will tell Star Wars stories which are described as “both cannon and accessible.” Star Wars Adventures #1 will be released on Sept. 6 and it is written by Cavan Scott, who wrote several Doctor Who stories for Titan Comics, and it will be illustrated by the Eisner-nominated IDW artist Derek Charm. Issue #2 is also written and illustrated by the pair and will be released two weeks after #1, on Sept. 20.

So, what is this all-new Star Wars Adventure going to focus on? Well, both issues #1 and #2 will focus on Rey’s early days on Jakku. Issue #2 will also feature Unkar Plutt, you know that guy who got his arm ripped off by Chewie…and then cut that scene from the movie.

IDW President and Chief Operating Officer Greg Goldstein says, “They will be original stories, primarily. They will be set in the entire Star Wars combined universe: They can be the Original Trilogy, the prequel Trilogy, the modern films, some of the offshoots that are still considered part of the cannon.” This is kind of good news, depending on where these stories go. 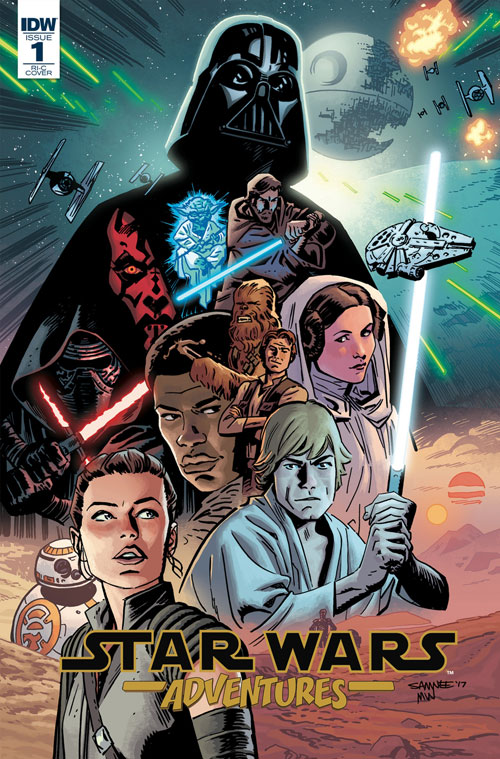 So what are your thoughts on this new series? Does it look promising or does it look like it is more for children?  I’m happy that it has a broad timeline, but that could be a good thing or a bad thing. Let’s hope they don’t add more mess to an already convoluted Canon.

Let us know your thoughts in the comments below and check out the full article including more cover art on CBR.com